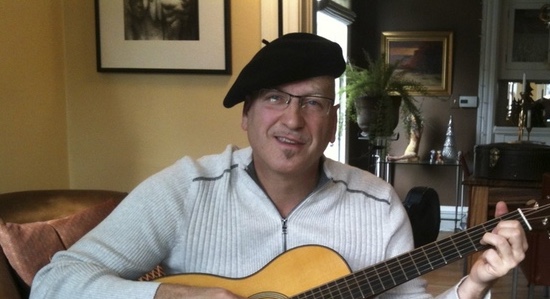 My name is Christopher Cozad. I was born in Portland, Oregon, a city located in the Pacific Northwest region of the United States, one of the most beautiful regions in the world and boasting one of the most temperate climates found anywhere. I grew up outside the city in a cedar log home on acreage having a vista view of the western face of Mt. Hood, perfectly framed in my family’s dining room window.

The environmental influences of my youth are indelibly imprinted upon my soul. The serene strength of the mountains under a big sky, the metronome of therapeutic rainfall, the whispers of the wind through the evergreens, the babble of the streams and roar of the mighty rivers, the language and songs of the animals both domestic and wild, and the thunderous applause of the Pacific ocean as it’s waters crash into the very walls of the earth...these images and sounds all provoked me to wonder at their marvelous design and stirred the artist and musician within me. 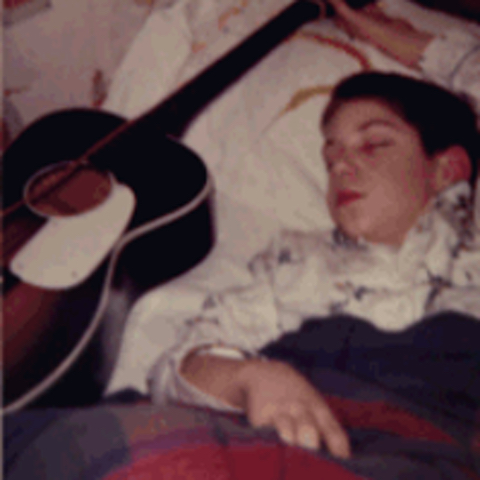 My first guitar was a Stella 4-string, discovered under the Christmas tree when I was 9 years old. We became fast friends. By the age of 11 I was studying classical guitar on a Lyle nylon string with a wonderful teacher who introduced me to the instrumental movements of Paganini, Bach and Beethoven. In addition to gaining knowledge of the foundations and fundamentals of modern music, I learned to appreciate the degree to which the sound of an instrument affected a performance, as well as the degree to which a player could affect the overall sound of an instrument. 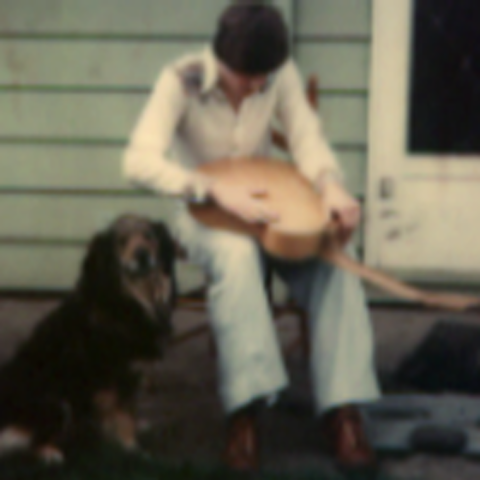 I began repairing and, subsequently, building guitars during my teenage years (See one of my earliest guitars in the photo, above). When I was 16, I purchased my first production-built guitar, a brand-new 1976 6-string Guild F-50R Navarre. That jumbo Rosewood and Sitka Spruce guitar took my aspirations of what a guitar could sound like to a whole new level. I grew to appreciate the big, woody sound of those Westerly-built Guilds. Never one to ‘leave well enough alone’, I was constantly re-engineering existing guitars; shaping braces, modifying soundholes and soundports, replacing fingerboards and changing scale lengths, etc., always in search of something else... 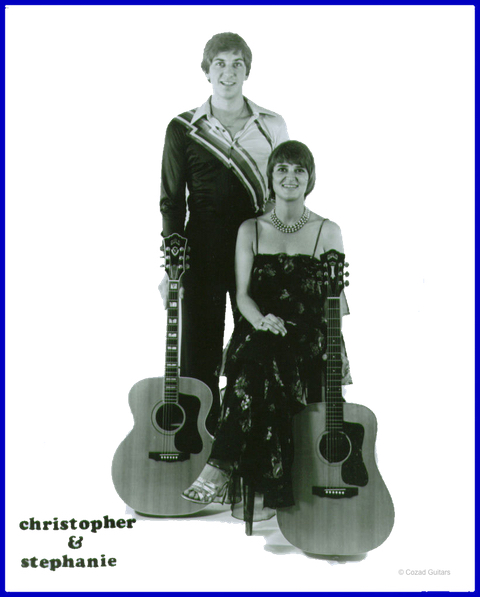 In my late ’teens and early 20’s I was performing solo or as a duo with some combination of someone else’s guitars or my own hybrid inventions in clubs, hotel lounges, and dinner houses throughout Alaska, Washington, Oregon, California, Hawaii, and Mexico. It was during this time that I found myself exploring sounds and techniques on my guitars that would later come to be popularly known as fingerstyle guitar. As my skills as a player increased, I came to understand that my ear was demanding more guitar than I could afford. 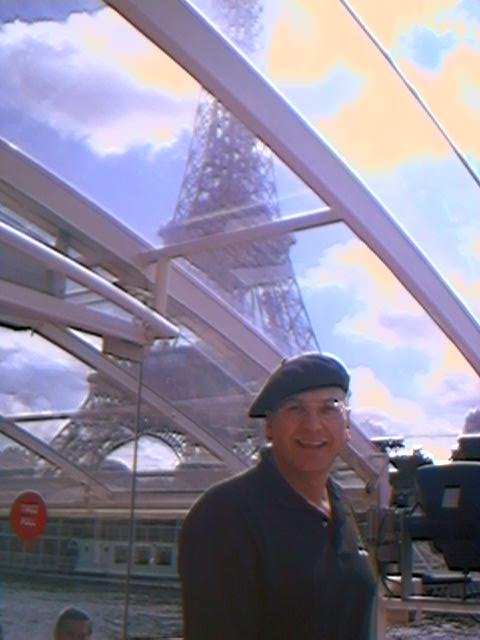 By my late 20’s I had neither a musical career or the life of a guitar maker, but rather a new family and the beginnings of a woodworking and design company. I supplemented my efforts of those days with software engineering, a skill set that eventually took me all over the world, all the while yearning to get back to serious guitar building. I was afforded the opportunity to own and play many, many guitars. Many years later I realized that, quite by accident, I had compiled a veritable encyclopedia of sound. 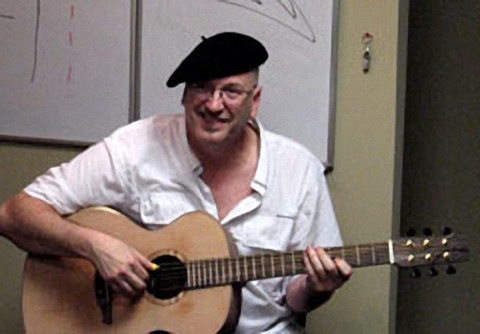 2001 was a year of dramatic change and new beginnings. I began accumulating materials and tools and by 2004 I was building again in earnest. Subsequent years found me studying the methods and techniques of luthiers who began their journeys around the same time I had, back in their youth, but had gone on to become some of the foremost guitar makers in the world. I am honored to have been able to spend precious time with these skilled builders who have been so willing to share their love for the art of lutherie with me. 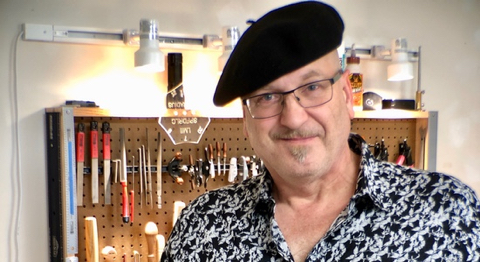 These days I am afforded the honor of building the guitars I want to play. I want to hear a sumptuous acoustic guitar tone, one that floods the senses, inspires new music and makes the instrument difficult to put down. I want to hold an amazingly comfortable guitar that responds to my every touch and supplies anything that is requested of it. I want a guitar that is as beautiful to look upon as it is wonderful to play. That is the kind of instrument I build.